Finally our paper “Naming and Shaming for Conservation: evidence from the Brazilian Amazon” has come out in PLOS ONE.

Brazil has probably been the first country in the world experimenting with the “naming and shaming” approach in the forestry sector and at a large (Amazon) scale. We started looking at the outcomes already back in 2013, with Sophie ’s preliminary results being presented at the International Workshop: Evaluating Forest Conservation Initiatives: New Tools and Policy Needs. Early in 2014, we discussed our findings with colleagues in Brazil who later published a working paper (Assunção and Rocha, 2014) using a similar empirical strategy.

Shortly after we had submitted our manuscript, Arima et al. (2014) came out with a paper using the blacklisting policy as a quasi-experimental setting to evaluate Brazil’s surge in field-based law enforcement activities in the Amazon.

How do our results compare to the other two studies? Assunção et al.’s counterfactual simulation suggests that blacklisting has conserved ca. 12,000 sqkm of forests, whereas Arima et al. provide a range from 2,300 to 12,000 sqkm. Like Arima et al., we pre-process our data set using matching techniques. Probably because we rely on a relatively large and diverse set of matching covariates, our results lie at the conservative (lower) end of the range provided by Arima et al..

However, inspired by Paul Ferraro’s and Merlin Hanauer’s (2014) exciting recent PNAS piece on causal mechanisms behind the welfare effects of protected areas, we wanted to learn more about how the blacklisting policy has worked.
We started with what we thought was most obvious: blacklisted districts should have seen more environmental enforcement action than others. But then, reviewers pushed us further to include public credit flows and the environmental cadaster (CAR) coverage as additional mechanisms. To our surprise, none of these mechanisms seems to have played a major role in explaining the additional conservation effect of the blacklist. For the time being, we conclude that “shaming” must have been an important driver behind the type of collective conservation action at the local level that we had heard a lot about from organizations on the ground.

Of course many caveats apply: For example, we’d need to know more about potential qualitative differences in field-based enforcement action – perhaps enforcement operations were as frequent, but more rigorous in blacklisted than in non-blacklisted districts… more research is needed.

More importantly, what can we learn from the Brazilian experience?

As a fun example, consider organizing the blacklist like a football league:

The upper league would consist of districts that perform well, i.e. low levels of deforestation per unit of agricultural GDP (or total district area). The lower league (blacklist) would consist of the districts that consistently perform poorly in terms forest loss over agricultural GDP. There are currently 771 players, divided into two leagues, the upper league would have 721 members and the lower league would have 50 members. Each period (e.g., 2-3 years given high annual remote sensing error margins) the 5 blacklisted districts that perform best among their league shift to the upper league. Simultaneously the worst-performing 5 upper-league districts now move to the blacklist. The advantage over the current blacklisting system is threefold. 1) The two criteria at which districts are ranked within their leagues can be made public without making selection predictable. 2) The two combined criteria reflect the fact that larger / economically more powerful districts naturally tend to deforest more than smaller districts. 3) Such a system could create competition for first league membership among Amazon districts and perhaps lead to overall conservation effects beyond the current system. Don’t most of us prefer fame over shame?

You may also enjoy 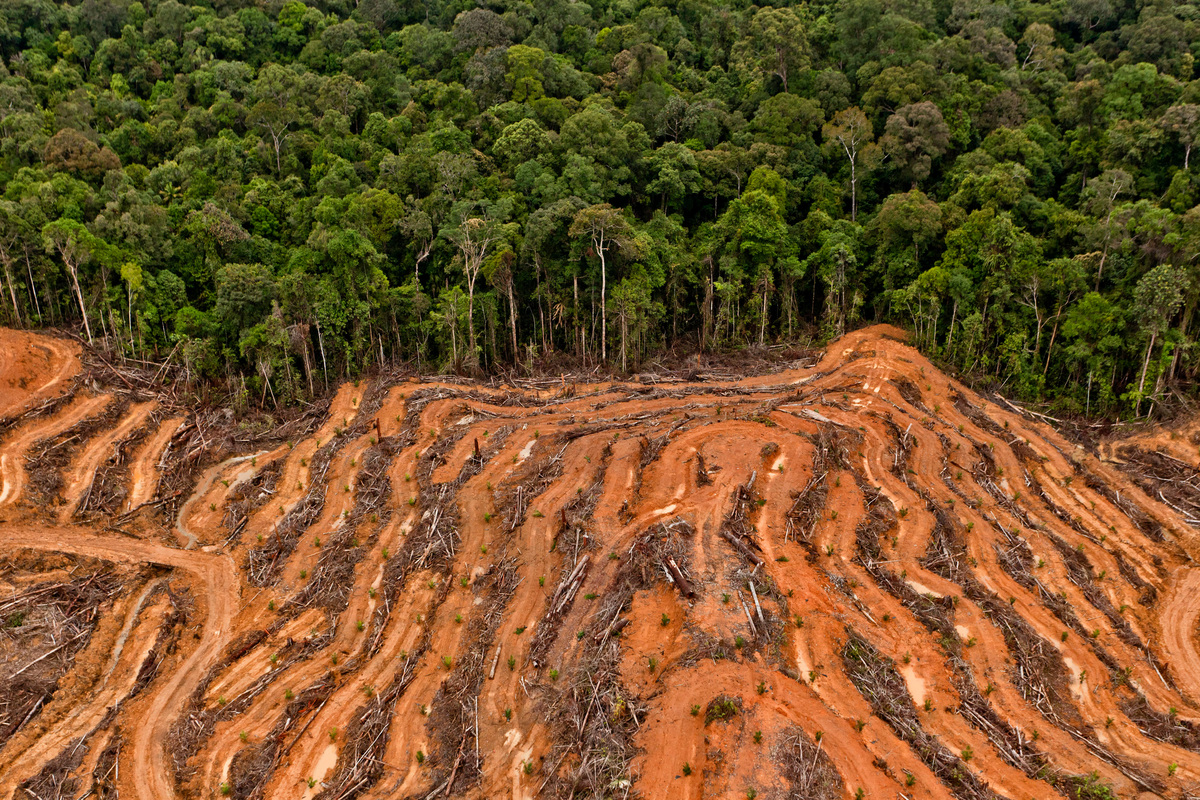 NCC presents our political palm-oil paper in its ‘research highlights’. 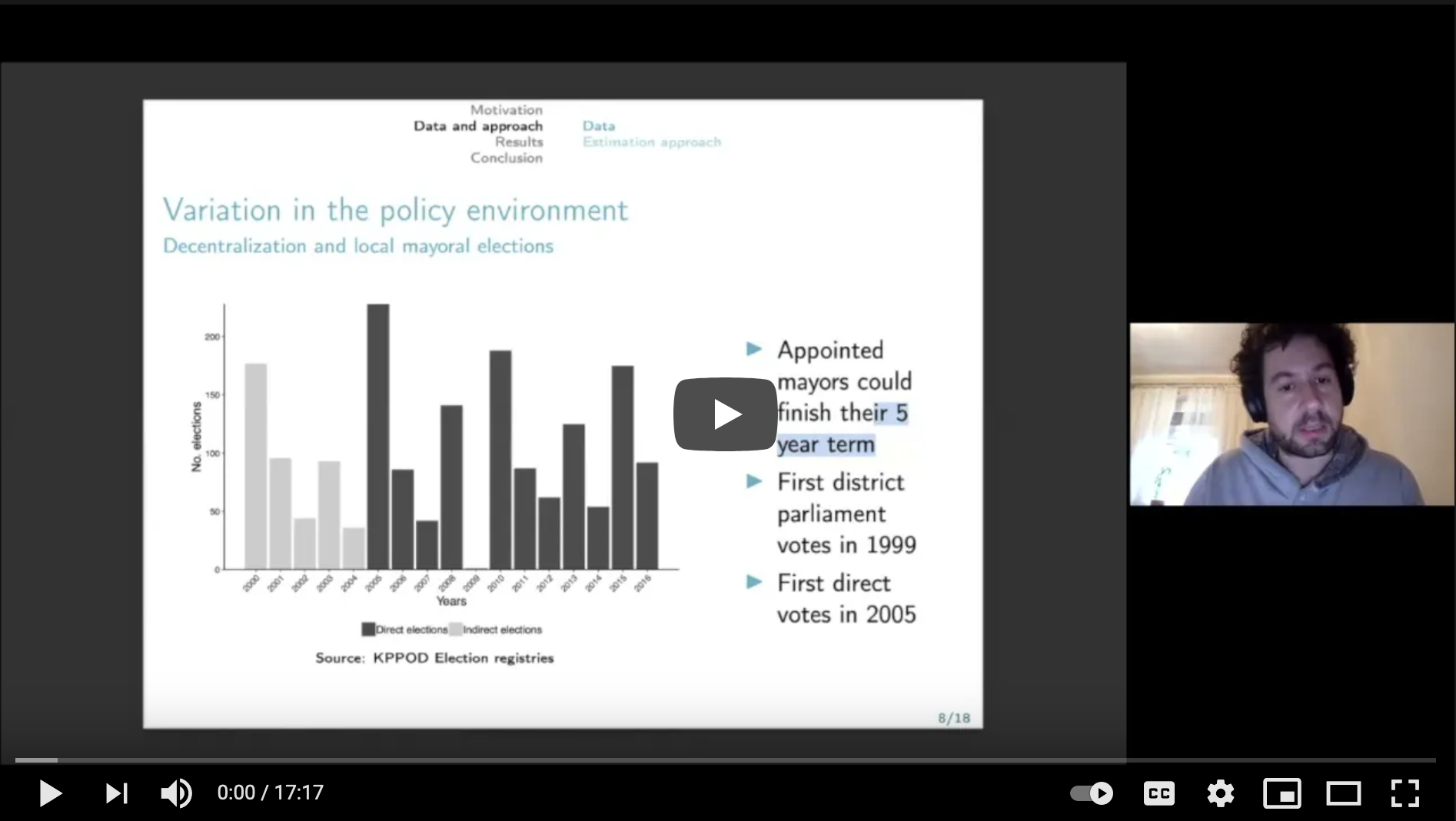 Presentation: EPG Online: Palm oil and the politics of deforestation

Political and agricultural incentives reinforce each other leading to 18% more deforestationin pre-eleciton years. 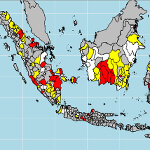 Publication: Palm oil and the politics of deforestation in Indonesia

We won the MSCA 2020 fellowship with the project PlanetHealth.